Who Provided Iran With Nukes In 1st Place? 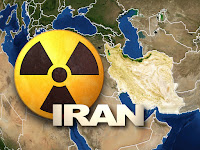 
My Comments About The Article Above
Geesh, talk about shooting yourself in the foot !

The more we mess with things in the middle east the worse things get. Between Russia, and the U.S. sticking their noses into everyone's business I'm not sure who's worse. When one or both get involved it's never their own turf that gets wrecked.

Every time something goes awry ever notice the Saudis always seem to be right there in the thick of it too?
Put simply I don't trust them.

How about this instead?
Instead of squandering billions of dollars trying to change the world we spend those same dollars almost entirely on strengthening our own defense and other programs at home. At the present time we have some 800 military bases overseas. We and Russia have spent billions upon billions more screwing around with foreign governments. It seems to me concentrating our efforts and dollars on building a super strong defense program and strengthening our own economy and social needs would be a more worthwhile endeavor.

Simply put, we are spreading ourselves too thin. Let Russia weaken themselves economically if they want to. I see no good reason for us to get into a pissing contest to see who runs out of money first. If either Russia or the United States thinks for one minute Syria or anyone in the middle east will be a military advantage to them, both are sadly mistaken.

As far as China goes they seem to sit back and wait for Russia & the U.S. to have a go at each other then move in and develop trade deals with Afghanistan, Africa and other countries in the middle east both spent money and shed blood in. They are making fools of us both.

It's time to wake up. Nobody is going to win hearts and minds by interfering with the internal workings or bombing other countries into submission. I feel the best policy for us is to stay out of their affairs and set the best example possible unto the rest of the world in the hopes they'd want to emulate what we have. If history has taught us anything shouldn't it be sticking our noses into where we don't belong is not going to get us anywhere?