'Hamilton' Back to School Mash-up

NPR
300 Arrested In Mississippi Immigration Raids Have Been Released, Officials Say
"A total of 680 people were arrested, according to ICE, in what has been described as "record setting" raids in terms of size and scope. But a statement released Thursday by the U.S. Attorney's Office for the Southern District of Mississippi said that approximately 300 of them had been released."

The good news is there will be more job opportunities available.
Wonder how many will line up for them?

Couple things I need to point out. First of all this has nothing to do with the infamous Koch Brothers. It's owned (this and the other three raided) entirely by Joseph Grendys who had a similar charge against them in August 2007 over use of undocumented labor.

Then there's this. Kind of makes me wonder if it will result in not having to payout that settlement?

There could have been two better ways this could have been dealt with. Number one is I wonder how many of these would have qualified for Obama's "dreamers" status if Trump had not yanked it from them. Number two. Why didn't this company take the legal route by filing a request for foreign guest workers with the feds? Could it be the limit of 140,000 H2B VISAs per year were already taken? Was it a problem of money since these cost $150-$190 per applicant?

One thing is certain the timing was really bad. One day after the El Paso shootings on the first day of school. Yeah I know the argument.. "it's the law". Well laws are whatever we want them to be. They weren't handed down to Moses from God set in stone. My response to those who lack empathy and understanding is.. seize the opportunity. Now is your chance to do these shity jobs. See how you like them.

OH THAT LOOKS LIKE A FUN JOB DOESN'T IT? 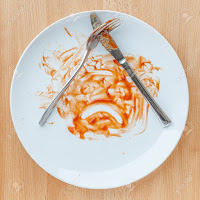 Imagine what will happen if ICE raids a bunch more of the factories and farms. Americans sure as hell don't want these jobs. Food could become a lot more scarce and expensive.

Email ThisBlogThis!Share to TwitterShare to FacebookShare to Pinterest
Labels: Food, In The News

Ya All Have A Good Day Ya Hear

That's how traffic stops are done when you're a judge!

PAs Judge Dennis Reinaker was pulled over for tailgating. In a written statement, he denied using his judicial position to pressure the officer not to ticket him.pic.twitter.com/UwRJPkiUBs

Email ThisBlogThis!Share to TwitterShare to FacebookShare to Pinterest
Labels: Humor 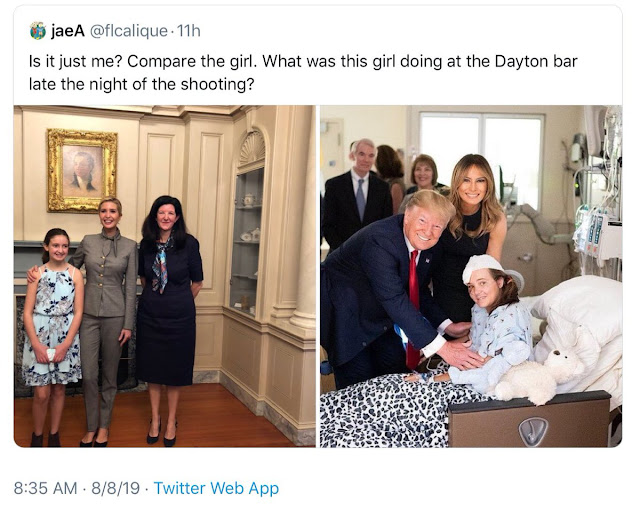 While Trump was visiting with victims of the recent mass shooting at Miami Valley Hospital in Dayton, pics were released of Trump and team comforting a child.

Questions began to swirl asking if the child was a victim of the mass shooting.

I think I found the answer. pic.twitter.com/5Up5IIDaLu

Millionaire Stephen Prince volunteered to get dunked in order to make a statement about the GOP tax cuts pic.twitter.com/1CihkubLlb

Email ThisBlogThis!Share to TwitterShare to FacebookShare to Pinterest
Labels: Taxes

On and on and on it goes. I've been watching this debate over my lifetime. Nothing has changed. If anything it's gotten worse. After another shooting there will be the expected outrage along with the accompanying thoughts, prayers and memorials. Mix, stir, repeat. Round, round, round and round we go.


Imagine. When this is the starting point where does it end. pic.twitter.com/LmCrUgXzd7

‘I don’t want to hear the question ‘is this president racist?’ anymore. He is.’ — @AOC held nothing back while condemning Trump for using the language of white supremacy pic.twitter.com/XJIrIWNYKV

Useful Catchphrases For After Mass Shootings

It's not my 1st rodeo. I've been riding this same carousel for decades. As a public service I'll provide readers with the ever repeated phrases no matter which side of the argument one is on. Please feel free to select any number of the above whichever suits your purpose. Alls I knows is we'll be talking about this again and again like we've always have. So keep these handy.


Mitch needs to go before he does more damage.

The House passed two gun safety bills months ago, but you continue to block them.

Since you tweeted your prayers, another American community, Dayton, has been shattered by gun violence.

Americans are dying, and you’re blocking us from helping them.

Who exactly do you serve? https://t.co/r0GdjBpmdA

Don't Be A Sucker

Wikipedia- A short film produced by the United States Department of War released in 1943, and adapted as a slightly shorter version in 1947.

My Van Has Reached A Milestone

Ye gads my 1990 caravan has reached a milestone today. 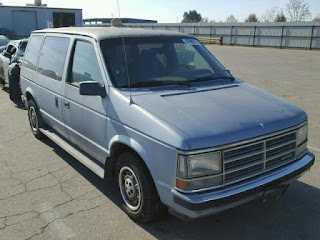 It was back in August 1996 when I bought my 1990 caravan which is now officially 29 years old. Currently it has 155,646 miles on it. I put some repairs into it but it's still cheaper then if I bought another vehicle. This past March I spent $3,300 on body work painting and fixing rusted areas on the fenders plus peeling hood paint. Since mechanically it's a sound running machine I see no need for another.


I'm not a high mileage driver. I don't have a need for all these new crazy features with today's vehicles. It's also became like a friend to me. As far as I'm concerned it takes me where I need to go. No point in dropping some $15,000 or more just to get around. It has more cargo room then today's models. Insurance is a hellva lot cheaper too. This is especially important when retired like me trying to live on social security with a limited amount of savings.

Email ThisBlogThis!Share to TwitterShare to FacebookShare to Pinterest
Labels: Travel

Some my find it hard to believe but most of my personal time is not spent on politics. It's just that it is an easy subject to fill my blog up with. I know I said this before but I have to stop focusing some much of my time on this subject here on this blog.

When I visit other sites I know how it turns me off when others post their opinions which don't agree with mine. I stop following them. Hence I really do need to do less of this kind of stuff.

So yeah I'll try and have yet another go at postings which hold my greater interests. Things like entertainment and humor. Let's see how it goes.

News Of The Day
Two neighbors got their second ticket ($50) for parking on the street during sweeping day.

Babysitting Stepdaughters cat while she and twin granddaughters visit Ocean City, NJ. Neediest cat in the world. Love it to death but ye gads!.

Even Pennsylvania's state flower is wilted! 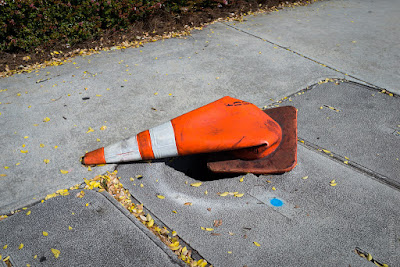 For anyone wishing to decide on a candidate these debates will do nothing for them. Let me explain how these usually work.

Most of them are proven simple courtroom tactics. For example every lawyer will try distracting the jury away from the facts. They do this in several ways. One way is to appeal to their emotions. Another is to try and tarnish their opponents character. Still another to make a false accusation. After the other side objects, the judge he/she will tell the jury to disregard. Of course they never will. Unlike courtrooms the debate responses are constrained by a timer making it impossible to fully respond. These are the three key elements employed in every debate.

Since these goofballs decided to attack each other rather then go after the incumbent president they've handed him a present. One which no doubt conservatives will exploit in campaign advertisements. Dopes!

Nobody should have agreed to them till early next year. We're over a half a year away from the primaries. By January at least half will drop out making it less of a media sideshow. Hell voters can't remember what candidates said last week little alone six months before. By the time this bunch is done flapping their gums most people will be either become pissed off or too exhausted to even listen.

In the first place debates this early are a bad idea. However if candidates insist on doing them here's the way they should have been done. (1) They shouldn't allow the commentators to drag them into a fight with one another. Instead candidates should respectively point out how their plans may be better. (2) Should save their criticisms for their final opponent after the primaries. (3) Most importantly we're all fed up with a bunch of false promises they couldn't possibly achieve.

We're up to our ears with these wannabe's playing the blame game. Enough with the trash talking. I, for one, am not looking for another self interested pied piper but rather someone who has a genuine interest in transforming this country into what our forefathers intended it to be.

My impression of this video is we are continually walking a fine line between those too far right or left. Each election is as important as any of the others. There are no guarantees. Which direction voters take in 2020 will decide our fate. What say you?
Posted by LVCI at 8/01/2019 02:36:00 PM 2 comments:

"Harold Prince, one of the most successful and celebrated theater director-producers of the 20th century, died on Wednesday, July 31, 2019, at the age of 91. In this interview with "Sunday Morning" host Charles Osgood (originally broadcast on October 2, 1994), Prince talks about his career, including such hits as "The Phantom of the Opera," and reimagining the landmark 1927 Jerome Kern & Oscar Hammerstein II musical "Show Boat" for a new era."