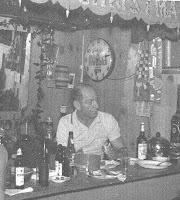 Since I'm on a bit of a nostalgia kick today, I thought I relay a couple of the late father-in-law's experiences as a ice cream delivery driver. Good ole' Howard.
Wasn't anyone who knew him that wasn't blessed with a couple of containers of Breyers in their freezers. In the old days it wasn't forbidden to hand out a few of the returns from stores.

Each Friday night for years we gathered around the ole Beer Meister and Howard would share of his Breyers ice cream box truck delivery days after retiring a few years earlier. Here are just a few of those...

* Weekly as he made his rounds in the Bangor area he was once pulled over by a state cop by a bridge. No big deal. The trooper said he was just doing a routine truck inspection.

Yeah right. Howard knew he wanted... to hit him up for a couple. Well he offered up two half gallons for him to share with the boys at the barracks.

Faithfully each and every week he would get to the bridge and the trooper would be waiting. Howard would stop and pull up to the trooper's car. Dutifully he offered his two half gallons for the barracks. This went on for month after month for many months.

Then one day he was pulled up to the state police car and offer up his bounty. However this time the trooper was not the same one. Turns out the trooper was replacing the prior one while he was vacation.

The guy looked back to see the ice cream truck pull up and out step the driver. The trooper got out of his car before Howard reached the back of the truck and asked what was he doing? Howard introduced himself and said, "why I'm giving you ice cream" and introduced himself to the new enforcer of the law.

The cop replied, "it's about time"! "What do you mean", said Howard. "Well you drive all around Bangor and never once offered us any".

WHAT! I've been handing out almost a dozen of these every month to that buddy of yours. That was news to this trooper, he nor any of his partners ever got any.

Well a least we know there was one guy who cared about the troopers & their brethren... Howard!

Certainly not the trooper who so graciously accepted the gallons of ice cream. Gives another meaning to the 'Blue Code of Silence' doesn't it?
-----

* An angry store owner (in the 50's) demanded that Howard take back that damn 3 gallon drum of cherry ice cream. All it has in it is cherries NO ICE CREAM!

NO PROBLEM. Here's your replacement!

Dispatch said just get rid of it. And so the whole neighborhood had cherries enough to last a lifetime. Can you imagine how much more that store owner could have made just selling the cherries?
-----

* In the old days, drivers collected strictly cash. Howard had to drive back down to Philly.. ice cream gone with a metal box full of lots of cash. One return trip down University Ave. to the plant some poor fella was stuck in the middle of the street with a car broken down.

Being a good representative for the company he pulled over to see if he could use the truck to somehow help.

Yeah you guessed it. He was clubbed and the lights went out along with three days worth of collections.
-----

* As I said, he picked up three days worth of deliveries in Philly. At night he'd plug the trucks refrigeration into a 220 volt line out by Rt 309 & 22 at a dealer.

After he arrived late afternoon back in town, he decided to start his three days worth of deliveries early the following morning.

When he plugged it in... something just didn't sound right with the refrigeration unit.

He went into the truck repair dealership and expressed his concern. Howard your all wet, said the man who should know. Well Ok, but you should check it. Yeah I will, says the guy.

So early the next morning Howard pulls up to his truck with intentions to hop in and make his deliveries. However when he was just several feet from his ride... there was a river of melted ice cream running down the length of the lot. Along with a compliment of many anxious and curious bees.

It appeared that one side of the 220 was out

* Speaking of calling dispatch. Sometimes that is just so unnecessary.

One afternoon after picking up his full load and heading up the Schuylkill Expressway towards home. There was some kind of racket coming out of the back of the truck's box. Gee, Howard hoped no one was pranked and locked in there. Well you certainly can't pull over can you?

Looking out the rearview mirrors.. OH NO! The racks were most likely not secured and broke through the back doors. Hundreds of ice cream containers of all sizes all over the Schuylkill!!!

Despite what you hear, Philly people are the greatest people in the world. A huge traffic jam occurred and dozens of motorists stopped and picked up almost all the containers within minutes. Problem is they threw them in their cars and drove off around him.

Now Howard was so screwed. He would need to call dispatch. Oh No NOT AGAIN!

Well dispatch picked up the phone and said we already know all about it. We heard it on 'Go Patrol' on KYW.

The biggest thing wasn't that it happened, but rather who would win the bets. Was it Howard or some other driver?

* Howard, The professional driver: One day after Breyer's was bought out by a huge corporation, upper management experts felt drivers weren't educated enough. So they sent driving experts to conduct driver training seminars.

One bird absolutely insisted that Howard was 100% wrong as to when your truck's air brakes catastrophically begin to fail you must 'ease' on your emergency brake handle slowly.

Howard on a occasion was a thorn in management and simply wouldn't let it go. He insisted all the drivers come outside so he and the 'driving expert' could hop in his truck to apply this theory into actual practice.

So there stood 10 or 20 drivers on the sidelines as Howard sped across the parking lot instructing the expert to "EASE" the emergency brake lever on (knowing how this would turn out, braced himself)

Luckily in those days they still had a plant nurse to apply cold compresses to the 'experts' thick noggin while a bunch of drivers tried to hold back their giggles.
-----

* One last one. And this concerns unions. Howard was a proud union member of the old ways unions should be. He wasn't always on the wrong side of managment.

There was a strike vote coming up and Howard stood up before the membership and said, "Hey guys the company wants to give us a 50 cent an hour raise. The union demands a $.75.

Think about this... If you guys go out on strike if only for a week and even if you do get the $.25 more... It will take us months to make up the $10 more a week then the $.50 they are offering". Not to even mention the hardships of you younger guys just starting out with mortgages.

The vote was for NO STRIKE.

He did much the same thing at another union meeting. Guys with seniority wanted all 3 weeks of their vacations in the summer.

Howard said, "come on guys". Most all of you senior guys (like me) have kids all grown up. These young new guys with little seniority have young kids they'd like to take to the shore like we did when we were their age.

Why not take 1 or 2 weeks while school's out and there would be enough weeks left over for each of the young guys to get at least one week with their families in the summer?

Howard was not only a good father-in-law, but one hell'va a good human being.

He may not have been the most highly known in stature , but to all who had known him.. he was most highly regarded as a person of character.

And for that, I'm better to have known him. 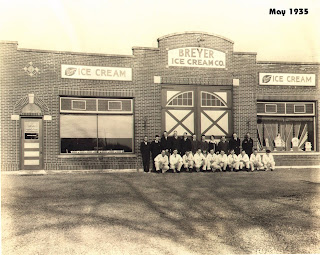