Citizens Of Switzerland Own Lots Of Guns

So Many Guns, No Mass Shootings
The Daily Show Throwback (2018)

We Learned One Thing From Texas School Shooting

Check back often. Better yet subscribe. You never know what you'll find next on this blog. Entertainment, science, technology, humor, everything in between and more.

Before you leave check out my other posts.

All too many times people arrive here seeking out a single post from whatever link led them here never taking the time to look at my other stuff. Some of these other posts might interest you as well.

Email ThisBlogThis!Share to TwitterShare to FacebookShare to Pinterest
Labels: Exclusive

About The Texas School Shooting

“What are we doing?” he asked his colleagues. “Why are we here?” pic.twitter.com/IMNJNHYXH1


27 school shootings have taken place so far in 2022 (140 killed)
I've been on this merry-go-round for years. Everybody goes ballistic for a time. Then, crickets. It's like a huge stone hitting the still water of a pond. It making a great big noisy splash. Then after a time water returns to it's prior quieted state. I hardly think this time will be any different.

I constantly hear about the guns being an absolute right according to the constitution. Not necessarily. The constitution was not handed down by God's hand etched in stone. The 2nd amendment is entirely a man made thing. Further more the original constitution was written on September 17, 1787 making no mention of gun ownership It wasn't until December 15, 1791 when the 2nd amendment was ratified some 4 years after the original document. It is only one of twenty six more we felt compelled to make.

In other words the constitution can be amended in whatever way the people wish it to be. Seems people ignore this fact. Now whether there is a overwhelming desire to do so or not is another matter. But let no one say it's impossible to change the words of our constitution It's entirely up to the will of majority of American people where we want our country to stand on this issue.
I'm not getting all worked up about this. Just trying to point out the constitutional argument is not an end all answer to the debate.

Email ThisBlogThis!Share to TwitterShare to FacebookShare to Pinterest
Labels: History, In The News

Tom Cruise Proves He Can Fly Those Things!

Email ThisBlogThis!Share to TwitterShare to FacebookShare to Pinterest
Labels: Celebrity

Car Prices In Russia After Sanctions

"My name is Dan, I am simple Russian man. My dream is to speak English, I learn English from old American films. In this video I will show prices for cars in Russia! Also You will see what dealerships in Russia look like.

We respect polite and cultural visitors, we are not a political channel, so we do not welcome political comments, and of course we do not support rudeness and insults.

Conservative Patriots? (No They're Not)

huffpost.com
Trump Heaps Praise On Hungary's Viktor Orban At Conservative Conference
"Former President Donald Trump reportedly appeared by video feed on Friday at the Conservative Political Action Conference in Budapest ― the first time the event has been staged abroad as the GOP nuzzles up to Hungary’s authoritarian government...

During the campaign [Orban's run for president], Hungary’s opposition party candidates were given five minutes of time on state television to make their case to voters.

Orban touted his control of the media in his speech to American conservatives on Thursday, telling them that the path to holding power is to “have your own media.” “It’s the only way to point out the insanity of the progressive left,” Orban said, according to The Guardian...

Zsolt Bayer, a racist and antisemite who once called Jewish people “stinking excrement,” gave an address Friday where he reportedly spoke against gender and racial inclusivity.

Lord help us if this bunch ever gets to take over in 2024. A scary prospect for me. Ought to be very interesting to see what American voters do.

I've never seen such a bunch of screwballs in my entire life. In my eyes they're nothing like "patriots". More like the very opposite.


This is who conservatives are canoodling with.

Next Friday will be my last day at The Morning Call.
It's a place that turned out to be an excellent setting to grow and sharpen my journalism, multimedia, and content creator skills and try out new forms of storytelling while wearing many, many hats.

For those who don’t know, today is my last day with @mcall. It’s been nine great years, but I’m ready for a new challenge. In a couple of weeks, I’ll be joining the @PittsburghPG as a deputy news and investigations editor. It’s an amazing opportunity that I’m very excited for.

LONG THREAD:
As many of you know I’ve been hospitalized for almost a month. Here is my side of what I experienced. Stigma and discrimination is alive and well in medicine unfortunately. Here is just some of what happened to me. pic.twitter.com/GP1aljwrTF

Things I Want To Get Off My Chest

Here's what is helping fuel increased inflation
LINKED Quote-- During his time in office, former President Trump unilaterally imposed numerous tariffs on a variety of goods,,,. Based on 2021 import levels, these tariffs currently impact over $350 billion of imports and exports and increase consumer costs by roughly $51 billion annually."

No not everything is Trump's fault but these didn't help. Those along with American greed going ballistic and other very stupid federal policy decisions like them derived from lobbyists sponsored by selfish individuals.


I'm so over this crazy political partisanship bickering.
Trump versus Biden everywhere I turn on social media and in the news headlines. It's become never ending no matter the subject. Facts seldom matter anymore. Only what one wishes to believe.

It seems to me the majority of people in this world want to bicker rather then agree on anything. The biggest, craziest mouths are the top stars on TV/radio (no matter the format) and world leaders who help tear this world apart. They along with the public in general throughout this world who can shout the loudest.


Enough already!
We ALL either succeed or ALL sink together. It's just that simple. We're all intertwined in one way or another. We're ALL stuck in this life sustaining fishbowl we call Earth. Every country. Everywhere. Everyone.

The never ending wars since history began.. human prejudices.. religious slaughters.. AND YET IT SEEMS WE LEARN NOTHING FROM THEM. It's soooooo exhausting. Not to mention how very disappointing.
Posted by LVCI at 5/18/2022 03:25:00 PM No comments:

Email ThisBlogThis!Share to TwitterShare to FacebookShare to Pinterest
Labels: Exclusive, In My Opinion

About Those High Gasoline Prices 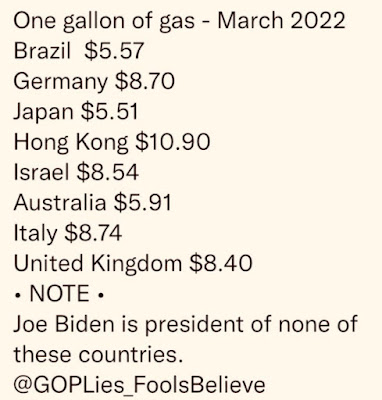 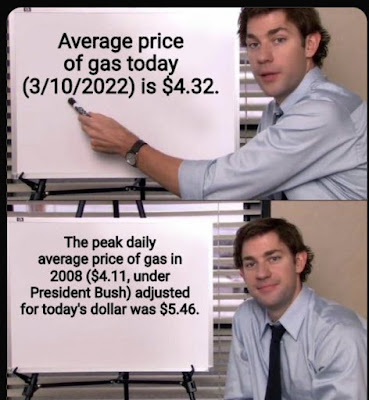 A Visit Inside War-torn Syria

We all know "drug sniffing dogs" can be trained to respond on command to act like they've sniffed something out. Thus giving these pricks so-called "probable cause" whenever they want to rummage through innocent victims they've targeted.
Posted by LVCI at 5/11/2022 02:42:00 PM No comments:

In this video you may see why Ukraine people are fighting to the death wanting not to allow Russia back into their country.

Two GPT-3 AIs Discuss How You Can Swing Elections


Keep in mind these are two comupter programs talking to each other. Neither are real humans nor scripted.

For tons of more discussions between these two on a multitude of topics..
CLICK HERE

Email ThisBlogThis!Share to TwitterShare to FacebookShare to Pinterest
Labels: Technology

This is some really creepy stuff. Computer generated intelligence. Here we look at a conversation between two AIs.


Jack Soslow:
"The AIs were built using GPT-3, a language model that understands the English language better than anything else in the world right now.

I prompt GPT3 with just three lines:
"The following is a conversation between two AIs. The AIs are both clever, humorous, and intelligent.
Hal: Good Evening, Sophia
Sophia: It's great to see you again, Hal."


WIKIPEDIA: GPT-3
"It is the third-generation language prediction model in the GPT-n series (and the successor to GPT-2) created by OpenAI, a San Francisco-based artificial intelligence research laboratory.GPT-3's full version has a capacity of 175 billion machine learning parameters. GPT-3, which was introduced in May 2020, and was in beta testing as of July 2020,is part of a trend in natural language processing (NLP) systems of pre-trained language representations."

Food for thought
It could be possible 1,000's of these bots could be lurking throughout social media sites pretending to be real people. Perhaps even in video chats. At what point can anyone determine when there might be more of these machined intelligences on the internet then humans (especially on dating sites)?


Keep in mind some of these are self learning just as humans are (perhaps even more so). Will there ever come a point they supersede humans via having far more abilities instantaneously then the human mind is capable of?

Here's a couple more videos on the subject...

If robots are going to do all the 24/7 thinking and work where do we fit in?
Let's hope one day robots don't ask this question. Most likely the answer won't be to our liking.

I enjoy listening to these two more then I do most humans :-)

Email ThisBlogThis!Share to TwitterShare to FacebookShare to Pinterest
Labels: Technology

bbc.com
US lawmaker 'won't back down' after naked tape leak
"We were acting foolish, and joking. That's it," he said. "I'm NOT backing down...blackmail won't win.... leaked video appears to show Mr Cawthorn naked in bed and making thrusting motions on top of an unidentified person."

If GOP operatives can collect this much compromising material on a member of Congress (Madison Cawthorn), imagine what a foreign intelligence service — like, say, Russia’s — could collect by inviting a bunch of congressmen and millionaires to come visit Moscow for a few days. 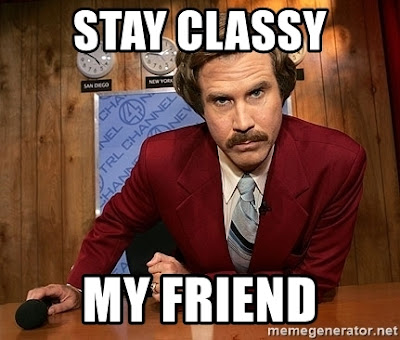 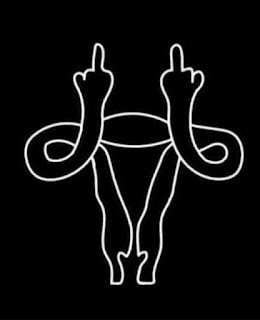 I'm not so much about whether abortion is proper or not. Rather about the Supreme Court itself. The issue was supposedly decided  on January 22, 1973. For some 49 years, through countless appeals and past supreme nominees we were told it was settled law.. PERIOD!. Now all in a sudden the Supremes might have pulled the rug out initiated by three of the latest Trump appointees.
In my opinion the court itself has invalidated it creditability. Indeed three of the latest nominees might have been considered to have lied to receive their appointments,
Again, this is not about legal abortions or not. What it is about is another unelected branch of government taking it upon themselves turning on their own past judicial members' so called final decisions. Which brings me to my core beliefs government can't be trusted. Not even among themselves.
No wonder other other nations don't trust us come each election.
Posted by LVCI at 5/05/2022 03:05:00 PM No comments:

Email ThisBlogThis!Share to TwitterShare to FacebookShare to Pinterest
Labels: In My Opinion

Russia & Ukraine History In Under 7 Minutes

I think this media source based in Turkey did a good job with this video. It fills us in without a lot of overly detailed information.

His Grandmother Made The Journey From Kiev

There Really Was A "Bad Bad, Leroy Brown"


WIKIPEDIA
On the night of Thursday, September 20, 1973, during Croce's Life and Times tour and the day before his ABC single "I Got a Name" was released, Croce and all five others on board were killed when their chartered Beechcraft E18S crashed into a tree during takeoff from the Natchitoches Regional Airport in Natchitoches, Louisiana. Croce was 30 years old.
Posted by LVCI at 5/02/2022 01:16:00 PM No comments: