Email ThisBlogThis!Share to TwitterShare to FacebookShare to Pinterest
Labels: In The News, Travel

When tax revenu is never enough.

Another example of an out of control government.


Legislators could easily fix this...
BUT THEY WON'T!

Email ThisBlogThis!Share to TwitterShare to FacebookShare to Pinterest
Labels: Informative

(I Didn't Make This Video)


The plan, bill, full-texts can be found at:
https://www.NoProp.Tax


See there are solutions, but are Pa. legislators willing to enact them?

This bill has been stalled for years. "Ron Snell, without any compensation and on his own time, organized a March on Harrisburg in February 2020 to let our legislators know WE WANT PA SCHOOL PROPERTY TAXES ELIMINATED!"


Yet here we are 5 years later still talking with no action!
Seems candidates speak of this in their campaigns but do nothing to advance it when they get to Harrisburg. Time to change this from broken campaign promises into actual legislative action. Those politicians who bait and switch the electorate need to be publically condemned  and voted out of office as quickly as possible.

Allentown School District Should Be Investigated

Pennsylvania schools will get nearly $5 billion from the $1.9 trillion federal COVID relief package. Here in the Lehigh Valley, the Allentown School District is leading the way with an allocation of $88 million.

The Allentown School District is looking to increase property taxes by 5.3% to help fund the district’s $394 million budget.

Those two sentences above link to my sources for this information if you click on them. This is in addition to casino money pouring in.
IN MY OPINION-
The federal government should take a serious look into the Allentown school district to investigate whether fraud is being committed. The city of Allentown provides the many city services they are responsable for at half the amount to almost four times as many people.
I believe the taxpayers are owed much more accountability by this out of control tax grabbing bureaucracy. Enough is enough already.  I'm sick of paying $250 every month on property I own as long as I pay them whatever ransom they demand. Otherwise they can legally steal my home through the courts and toss my family out onto the streets.
Is this really the America honest workers deserve for their lifetime efforts hoping for security in the old age?

Something needs to change !!!


You know what's better then pleading the fifth?
Having no memory of anything when asked.

Putin Sick For Some Time?

"The footage released by the Kremlin Thursday shows Putin, 69, tightly gripping the table with his right hand as soon as he sits down — then keeping it there throughout the nearly 12-minute clip.

Putin sits with hunched shoulders and regularly fidgets and taps his toes during the briefing with his defense minister, Sergei Shoigu, who is also rumored to be suffering health woes."


I also noticed the last several videos of him showed him already seated. Would be interesting to see how he's walking these days.
When you think about it Putin, Biden, Trump, Pelosi, McConnell and dozens of other world leaders are  all senior members of the over the hill gang. None of them the sharpest tools in the shed mentally speaking.

Email ThisBlogThis!Share to TwitterShare to FacebookShare to Pinterest
Labels: In The News, Politics

Are We Living In A Simulation ?

So many ancient earth technologies can't be explained. Glitch in the program?

Every time we can explain one thing in the universe dozens more seem to be discovered which cannot. New updates to the simulation in which we exist?

It is said, the eye cannot see itself. Perhaps other then by producing a reflection of itself. Is this the "creator's" dilemma it finds itself in?
It is also said we were created in our creator's own image. It would therefore stand that neither he/she/it or we may never come up with a final solution. At least not until such a condition in which a final conclusion can be made. If it's even possible.
Posted by LVCI at 4/18/2022 02:21:00 PM 1 comment:

10% Of People Are Ruining Social Media

Could somebody explain the difference between dropping 6 ballots into a mailbox compared to these 'drop boxes' the legislators want banned?
Posted by LVCI at 4/14/2022 09:24:00 AM No comments:

Two Music Videos I Came Across To Brighten Your Day

Opening From Beetlejuice's First Night Back on Broadway. (April 8, 2022)

Home of the St. Louis Cardinals

Seeing Lotsa Negativity Today. How About Something Else? 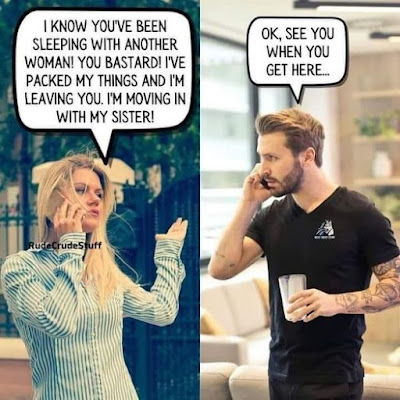 Imagine if they dared do this on today's TV !!

Check back often. Better yet subscribe. You never know what you'll find next on this blog. Entertainment, science, technology, humor, everything in between and more.

Before you leave check out my other posts.

All too many times people arrive here seeking out a single post from whatever link led them here never taking the time to look at my other stuff. Some of these other posts might interest you as well.

How Serena Williams Saved Her Own Life

elle.com
How Serena Williams Saved Her Own Life
"Black women are nearly three times more likely to die after childbirth than white women. Serena Williams was almost one of them. Here, in her own words, she tells her story."

My take away:
It's important doctors listen to their patients. Unfortunately many do not. We had a couple of those kind of experiences with my wife's medical care. We found better doctors since then who do listen. Thank goodness. 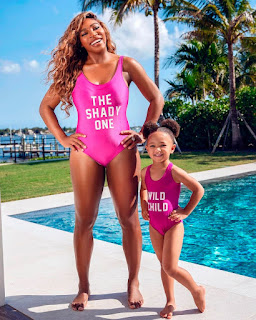 NEW: Under Louis DeJoy, USPS affirmed that its new fleet of vehicles would be made by union workers when it awarded Oshkosh an $11bn contract.

But after questioning from @AOC today it’s clear they lied. USPS & Oshkosh never intended to use union labor.

.@RepRashida Tlaib blasted USPS and Oshkosh for the "bait and switch" that took USPS vehicle production away from @UAW facilities in Wisconsin. pic.twitter.com/ZEB0bvcxKc

📢#ElectricVehicles cost substantially less in the long-term and have much lower maintenance costs than their gas-guzzling counterparts.

Transitioning the Postal fleet to #EVs is a sensible investment that will help save the @USPS money over time.https://t.co/yDpuU18G92

Email ThisBlogThis!Share to TwitterShare to FacebookShare to Pinterest
Labels: Taxes

Hats Off To Sean Hannity (One Of His Best Interviews)

Email ThisBlogThis!Share to TwitterShare to FacebookShare to Pinterest
Labels: Celebrity, In The News

Russian Ambassador To The UN Lied His Ass Off

I watched in entire disbelief as the Russian scum ambassador completely twisted and lied about everything. What he said was completely opposite to what everyone knows to be reality. Especially given the hundreds of thousands Ukrainian witnesses who testify otherwise. What a sick human being no matter how much he's being paid. He not worthy to breath the same air of civilized people.

This is horrible for the Russian people who'll suffer greatly for Putin's putrid lying allies controlling their media. Not just the civilians but so too the lied to 10,000's ill equipped and barely trained conscripts they sent to be slaughtered


THIS IS NOT FAKED VIDEO!

Email ThisBlogThis!Share to TwitterShare to FacebookShare to Pinterest
Labels: In The News, Military

Instead of a tweet thread about the unseriousness of some members of Congress in this serious time, I just decided to tell you on video: pic.twitter.com/TPJfofOKra


Right now the U.S. Congress is mostly composed of a bunch of ignorant turds that care only about party politics. Every vote they take on either side of the capitol is predictable. Democrats nearly 100% "for". Republicans nearly 100% against no matter what the issue is.
Including the judicial committee nominee for the next supreme court justice (11-11). Hell, like I didn't see this coming. It ridiculous to listen to nearly all 22 members of the committee bloviate endlessly for hours knowing how they were going to vote in the end. Neither side gives a crap what the other is saying. Quite frankly neither do I. Just vote without debate. Spare us self serving egotistical BS.
These jokers could care less about the United States or the people who sent them there. It's all about themselves and the party they're a member of. The rot runs deep. I see little hope of it improving.