MAKING THE CASE FOR SOLAR PANELS
My most favored alterative energy producer is the solar panels. Starting years ago I would have liked to have seen, as all new homes were being constructed, these installed on their roofs. I'm not talking about big shiny panels that are eyesores and reflect the sun into the neighbor's windows, but rather panels that nearly mimic today's shingles. Your neighbors would hardly even notice them AND YES THEY ARE ALREADY OUT THERE. 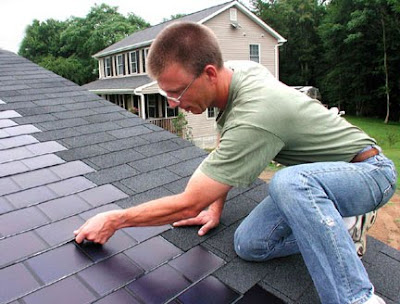 Consider this, on the hottest sunniest of days is when the solar panels do their best work.


This would not only lower one's electric bill but help relieve the power company's generators when they are running a near peak capacity. These are also the conditions under which a power company is sometimes forced to buy more expensive electric off the grid to fulfill their needs.


There's even a greater bonus to this. The solar panels shield the roof from the sun's grueling temperatures that find their way into a home. Some figures place it as high as 20% less need for air conditioning in such a home.

I can see no faster nor more efficient way to reduce our fossil fuel consumption in this country. Some will argue it takes ten or twenty years to recoup the cost. I'd counter that by saying if there would be a mass need for solar shingles, inevitably manufacturers could find less costly and more efficient ways to manufacture them. Another cost to factor in is the cost for electricity itself. Rates have been going up about 5%- 30% (sometimes more) while the cost of solar panels have dropped about 18% over the last few years.

Whatever it cost to produce a kilowatt from the from today's solar panels will remain locked over the next twenty years. Meanwhile your electric bill in that same amount of time could easily go up 300% (6% compounded yearly increases over 20 years).

Let's use this example-- Your rooftop panels produce 20kw's of electric a year (that's average for a 2,000 sq. ft. roof). At 9 cents a kilowatt (today's cost) times 20,000 watts equals $1,800. Thus you can save $1,800 a year... BUT in 20 years from now electricity could very well cost 27 cents a kwh and your savings per year would be $5,400. AND I wasn't factoring in the AC savings or considering increased taxes on commercially generated electricity.

It's good for the environment. It's good for the pocketbook.Of course your savings vary by your location.
"California has record year for rooftop solar" What's not to like about solar panels?


Sadly the Republicans in 2011 managed to cut funding (imagine that!)

There are ways we can already wean ourselves off of fossil fuel dependency, but there are forces at work in Washington that are preventing this from happening

We have the technology.
We have the expertise.
But we also have the special interests groups who seem to own Washington these days.
AND NOW YOU KNOW

Check out the comment I left.. why I didn't do it if this is so great? 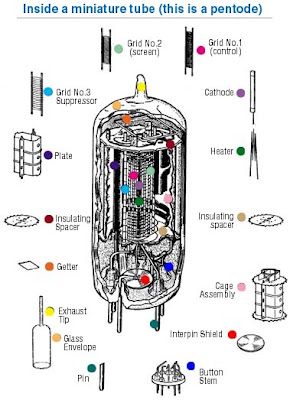 I came across this video while doing research for another project. It refreshed my old electronic repairman days. Those were the days when you actually repaired radios and TV's rather then chucking them out.


They would manufacture about 100 tubes or so which were the only ones used in every other electronic assemblage. Unlike today where it is not even possible to get a hold of schematics or even the ICs (Integrated circuits) numbering in the 1,000's.


Today's electronic manufacturers order a couple 1,000 batches of IC's, then discontinue their usage in their next model. So it's impossible to replace them. Great for the consumer, but wiped out the repair business entirely.

The following video describes how to test vacuum tubes. It also is just about where my knowledge of electronics left off many years ago :-)