Target Shouldn't Have To Kiss Your Ass

My Comments About The Article Above
Yeah alright everybody who visits Target came to use the bathrooms. I never have. Nor have I used the fitting rooms either. Suppose either you or I owned the store. Am I suppose to station a person to check everyone's genitalia. How do you suppose that would go? I suspect I'd be sued either way. What the hell do you want them to do !

We have laws on the books for perverts who behave badly. Despite reading over 600 headlines a day I have yet to see one person arrested violating any one of them concerning bathroom use. Talk about creating a problem where none exist!

Many moons ago when I worked in radio we took two buses up to Niagara Falls. I must admit I got pretty slopped up at a night club and had to take a wee. 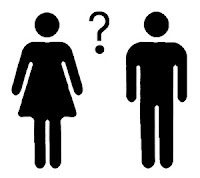 I stood outside both bathrooms and saw men & women going from both of them. Damned if I could figure out which one to use. So I just went inside and did my business. When I came out of the toilet stall there was some chick combing her hair in front of a mirror who thought nothing of it .This was some 45 years ago. There's been other times since. Big f*&%ing deal.

GET A GRIP !
Chances are you're not that appealing.. get over yourself