Brush Up On Your Mandarin

Given the fact..
Over 70% of our electronic chips used in the country are imported from China
76 cargo ships with 10,000's of containers await unloading Chinese imports. China is using those profits buying up U.S. companies (reducing their production).
Chinese military and land expansions are at a ever growing rate.

China is making inroads with foreign countries because the U.S. is losing it's economic leverage 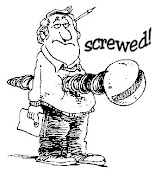 Pay Attention:
We hardly make anything like we once did. When we do, we rely nearly 50% on the parts coming from other countries including much of the machinery to assemble those parts.
The majority of the vehicle brands sold here are owned by foreign corporations with parts largely made outside our borders. Same goes with importing pharmaceuticals, lumber, aluminum and dozens upon dozens of more items totaling $2.1 trillion of imported goods each year. In fact the United States runs a trade deficit with all its five major trading partners: China, Mexico, Japan, Germany, and Canada. China being the largest.
Congress and most of this country's people can't agree on most any damn thing. Too busy confronting one another to pay attention to the real threat. Companies looking to cut corners. Congress obsessed trying to take out their political opponents to the degree everything else gets ignored. Not to mention currently we have some of the least intelligent human beings to walk the planet filling those seats. Many of which couldn't hold a job more then a few weeks if they worked in the private sector. Quite a bunch of bullshitters actually.
Pathetically there's little you or I can do about the situation Change has to come through federal legislation. Quite frankly I'm little confidant anything will change to make that happen. A nation cannot became a great world leader by relentlessly kicking each and other in the ass. This while other nations are getting their act together aligning themselves with other countries just  chomping at the bit to overtake us. This unfortunately is where things stand as I see it.
Posted by LVCI at 10/11/2021 12:46:00 PM