motherjones.com
Senator Joe Manchin Wants the “Most Important Climate Policy” Out of Biden’s Budget
"The program is designed to reward utilities that shut down their older coal and natural gas plants and switch to cleaner solar, wind or nuclear options—it would also punish utilities that don’t make the switch...

Manchin, like many powerful people in the state, is personally heavily invested in the industry. Before joining the Senate, Manchin founded a coal brokerage firm, which he has handed over control of but still profits from. By one estimate he has earned about $45 million from the business since joining the Senate."

One thing I can say with certainty...
No U.S. congressional member comes out poorer then they went in. 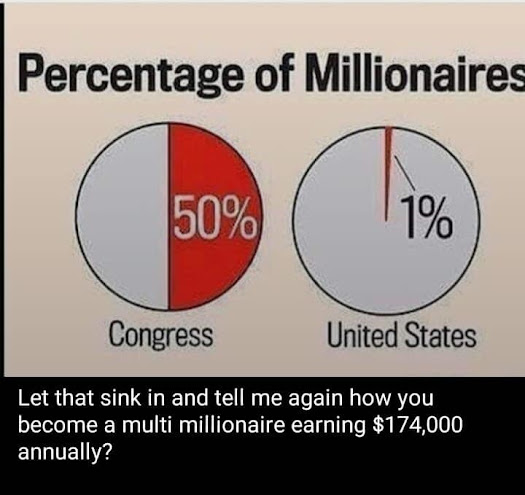